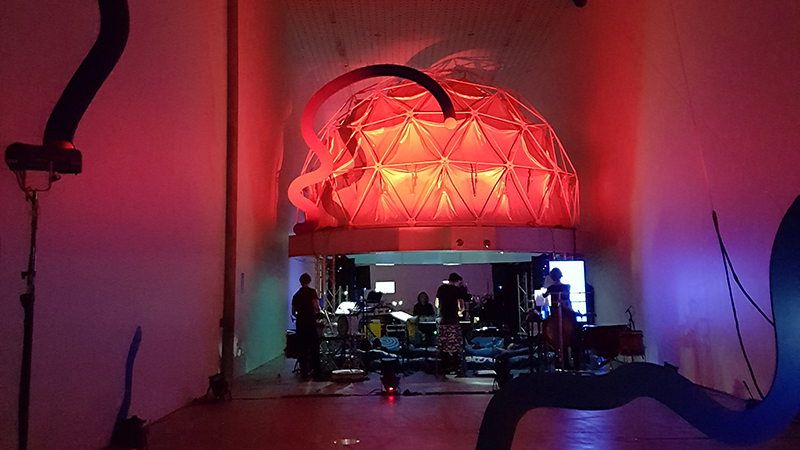 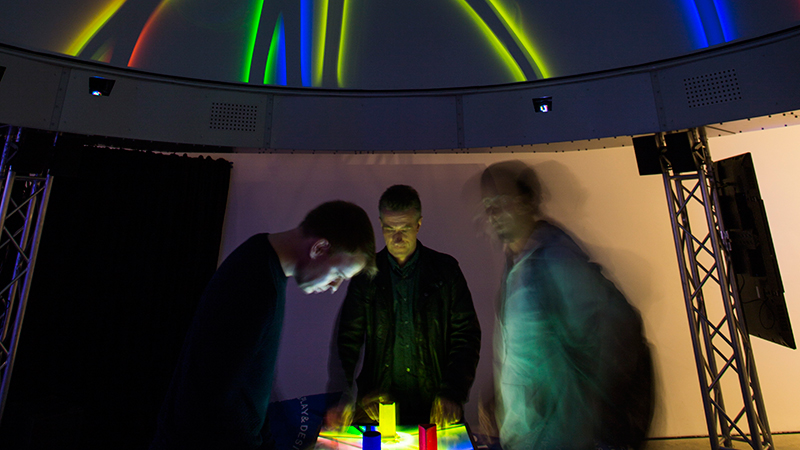 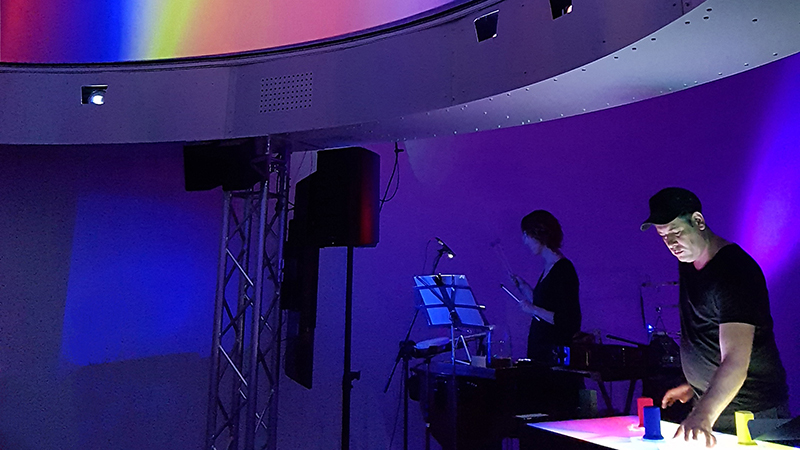 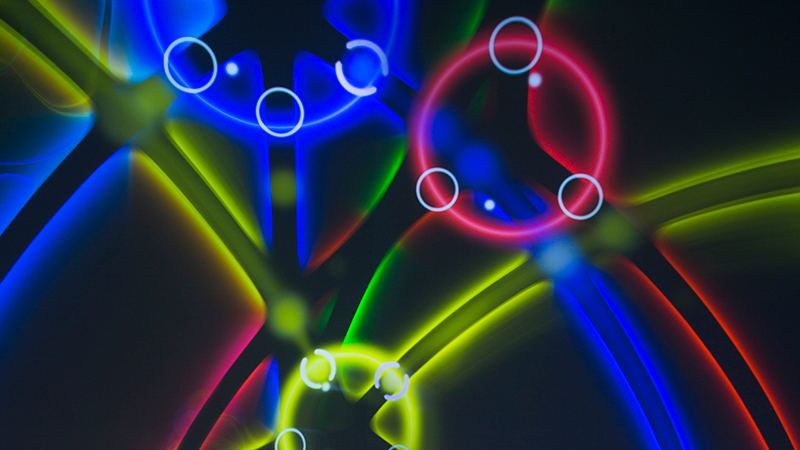 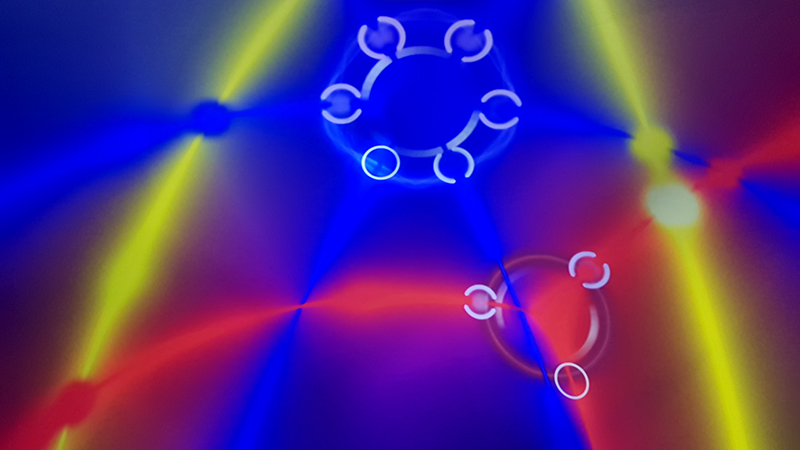 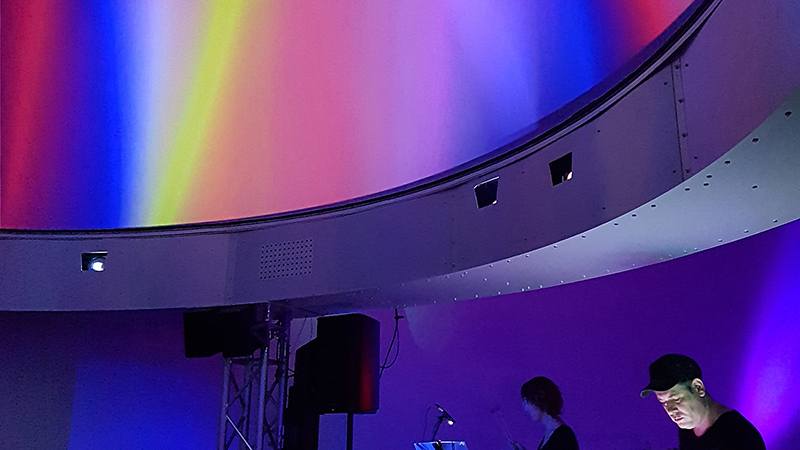 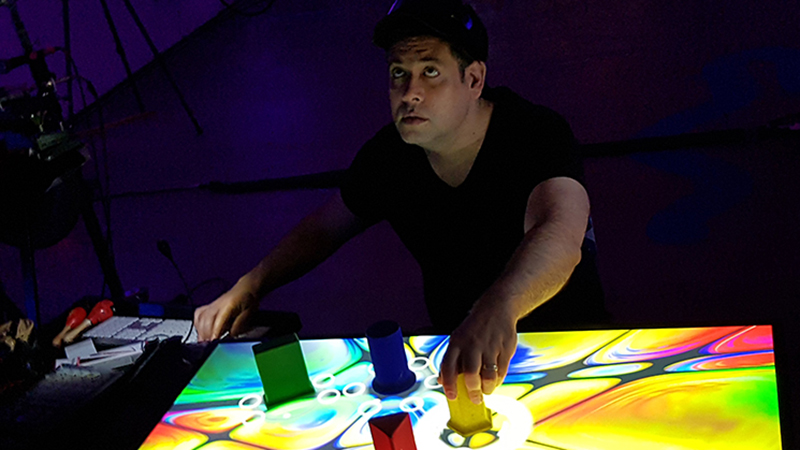 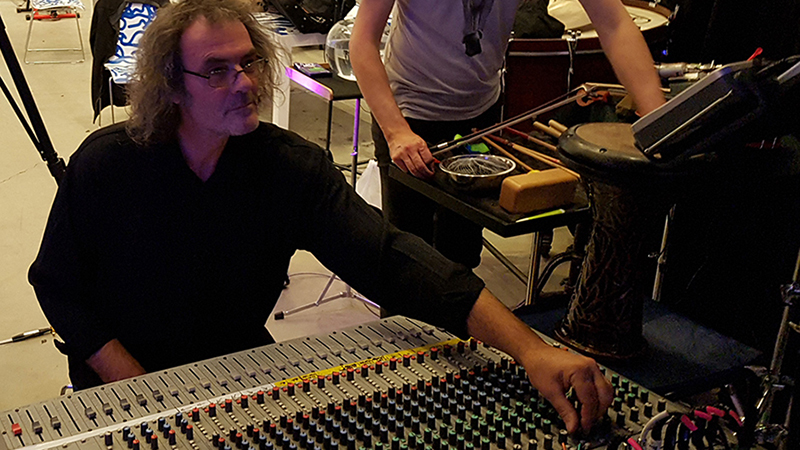 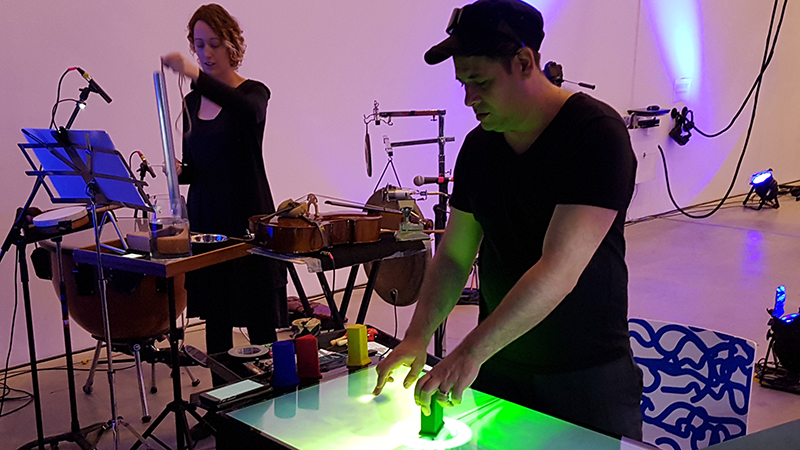 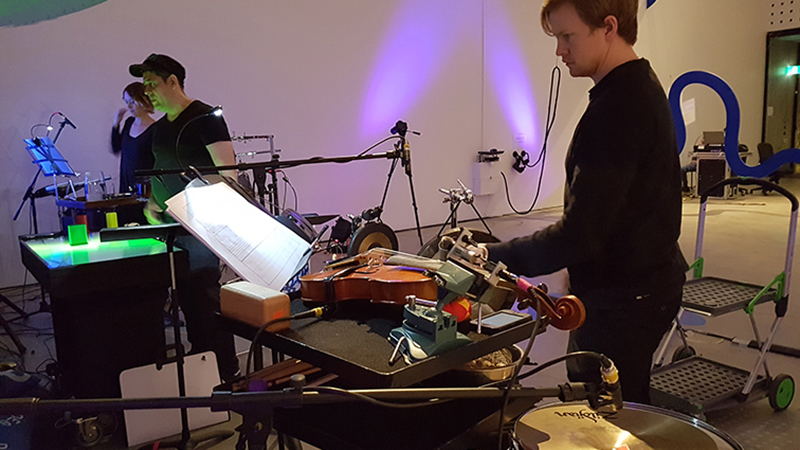 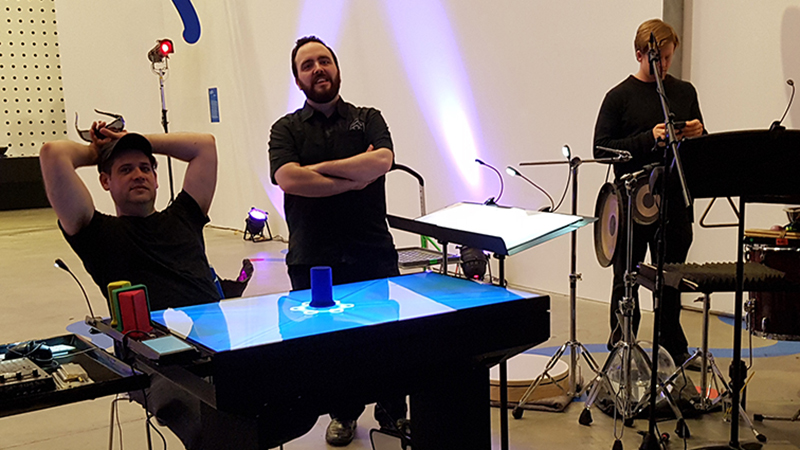 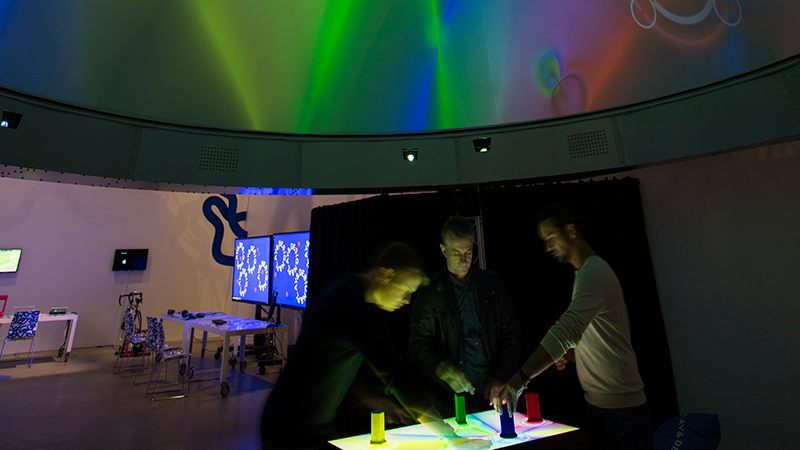 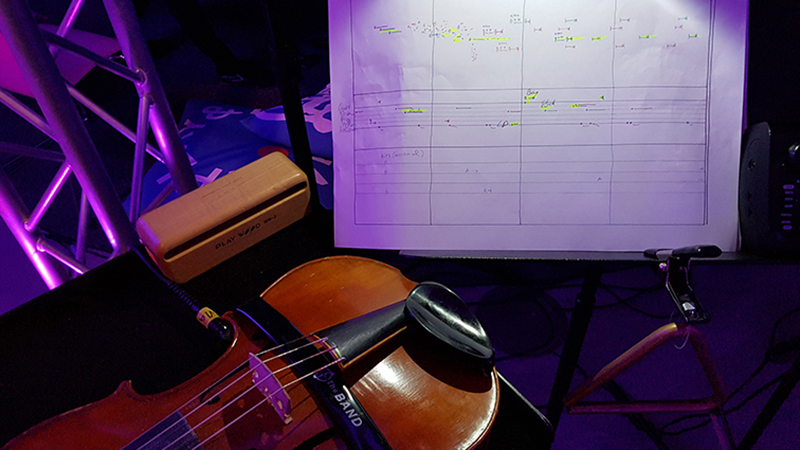 Space: the final frontier. These are the voyages of the Duckworth/Hullick Duo. Its five-year mission: to explore strange new worlds, to seek out new art and new ideas, to boldly play where no one has played before.
RESONANCE in the DOME is a 21st Century audiovisual experience like no other. Through this world premiere the Duckworth Hullick Duo offer adventurous audiences audiovisual imaginings inspired by possible technological futures.
What will the newly developed musical instruments of the future look like?
RESONANCE is a unique interactive tabletop audiovisual and ‘musical‘ instrument created by Victorian Premier’s Award winner Dr. Jonathan Duckworth and his team at RMIT’s CiART Labs.
RESONANCE in the DOME featured internationally acclaimed sound artist James Hullick performing a suite of three new works on the world-leading RESONANCE instrument, and in concert with four celebrated percussion members of the BOLT Ensemble:
Nat Grant
Timothy Phillips
James Townsend
Hamish Upton
This trail-blazing event was presented under the architecturally designed projection hemisphere of the DomeLab installed at RMIT’s Design Hub Gallery, elegantly set to amplify ‘Tron’–like synaesthetic and virtual worlds. Touch the future today.
About RESONANCE
Resonance promotes collaborative and playful modes of interaction between small groups of performers standing face to face around the display. The movement and manipulation of objects, touch and gesture on the display generates sonic perturbations, pulsing visual lines and glowing fragmented geometries displayed on the table and projected on the ultra-high resolution (4K) (4096 x 4096 pixels), 6m wide immersive, hemispherical display horizontally suspended over the audience.
This project has been assisted by the Australian Government through the Australia Council, its arts funding and advisory body.

This project was supported by the Victorian Government through Creative Victoria.

Can be presented as both/or exhibition or live performance. Patrons can play the Resonance interface in the exhibition presentations.